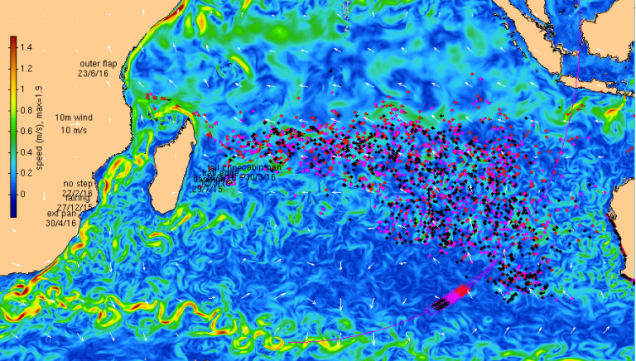 So now we know.  At least,  we know what experts probing MH370 suspect happened in the final moments of the flight in March 2014, somewhere off the West Coast of Australia and over one of the deepest parts of the Indian Ocean.   Two hundred and thirty nine people were aboard the Boeing 777 when it disappeared en route from Kuala Lumpur to Beijing.   The Australian Transport Safety Bureau (ATSB) released a report on Wednesday which analyses wing flap debris which they say shows the aircraft was not configured for a landing.   How it ended up in the opposite direction to where it was going is still a mystery.

The latest report is here.

Australia’s Transport Minister Darren Chester has told a media conference that the search will continue until the end of this year, and that the plane wreckage is still believed to be in the area being probed.

That’s a vast area 120,000 kilometres square.   The ATSB says somewhere in that area is a plane which from satellite communications show it could have been in a “high and increasing rate of descent” when it disappeared from radar.

Aviators call this various things.  One is a death dive.    All from the damage assessed on a flaperon that washed up on a remote beach months after MH370 vanished.

It could be one of the most important pieces of information since the crash as some have said the pilot or someone may have glided the plane into the ocean, and if that started from 36 000 feet it means the Boeing could be up to 250km outside the search area.

A blog I wrote last year analysed the scenarios and one featured the pilot or first officer being implicated in the final moments.  This is a very sensitive and legally fractious view and one which cannot be proven – yet.

It’s the chilling view of the End of Flight Simulations in the report that attracts attention.

In April 2016, the ATSB defined a range of scenarios for the manufacturer to simulate in their engineering simulator.  Values included the aircraft’s speed, fuel, electrical configuration and altitude, along with the turbulence level.

The results have all been aligned to the point two minutes after the loss of power from the engines. This is the theorised time at which the 7th arc transmissions would have been sent. 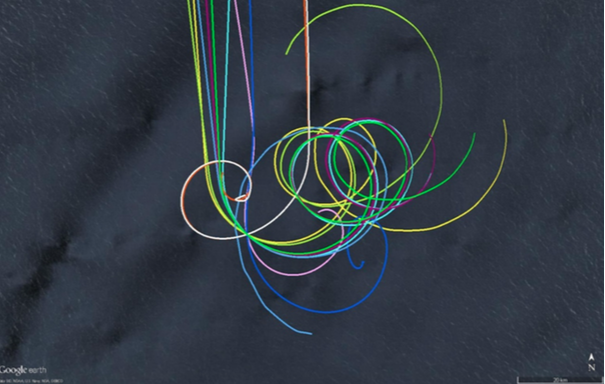 The report also has these two points:

This is crucial too,  but keep in mind that the ATSB has said constantly that the scenarios are not the only ones possible – but are the most likely.   The damage analysis of the flaperon washed up on Reunion is now central.  From the report:

“Damage to the internal seal pan components at the inboard end of the outboard flap was possible with the auxiliary support track fully inserted into the flap. That damage was consistent with contact between the support track and flap, with the flap in the retracted position. The possibility of the damage originating from a more complex failure sequence, commencing with the flaps extended, was considered much less likely.”

Finally the ATSB says on their initial report published on November 2nd:

This is still no salve for the horror family members continue to suffer – waiting for signs of where their loved ones lie on the floor of one of the world’s most isolated oceans.

Just in case your phone can't read the image here is a larger version!