I’m officially a twit.  An idiot.  Lazy. Incompetent.  Criminally stupid.  Pitifully backward in a world full of forward.   A chump.  A lump.  Or as my latin teacher would repeat regularly,  a Philistine.

This is all because I have decided to put on hold my attempts at writing all nine commercial pilot aviation exams at this point.  It’s all because of law.  Aviation law.  I manage a measly 60-odd percent when the pass mark is 75%.  So instead of suicide or further laceration of ego,  I decided to convert to the Cirrus SR22 from the SR20 while the proverbial licking of the intellectual wounds continues.

Why? I hear a veritable chorus of voices yell, oh why?

‘Cos its much faster and has more power.  In a nutshell.  So there, its public.  The vague ramblings about aviation philosophy have been replaced by a simple edict.   It’s got a bigger engine.

We’re a pathetic lot, us boys.  Still,  it took 4 hours instead of the usual 3 because I spent the last training session more worried about an upcoming gig at a wedding that afternoon than really concentrating.  And when you’re whizzing about the world at 300 kph you better have focus.  Sorry Steve (my instructor) who looked irritated after my shoddy landing back home at Lanseria.

But allow me to wax at least a little lyrical about said SR22?  Can we please look at some of the performance indicators.

Well I know, its an explosion of gasps! !!  Yes folks,  the SR22 is a performance aeroplane.  After converting my first flight was to take a photographer (my son) on an excursion to Potchefstroom at low level.  That was exciting as there was an 18 knot cross wind at Lanseria.  Take-off was fine and we were off.  But before leaving Lanseria airspace I realised that there was just no way we could continue.  The plane was bucking and the turbulence was extreme.  And because of no flight plan,  I could not climb to a high altitude to escape the effect of wind whipping over the nearby hills and throwing us around like mad dolls.

So I contacted Lanseria and requested a return to airfield.  Runway 250 was in use with the wind coming from 330 – virtually 90˚ to the right.  It had increased to 21knots which is the Cirrus Cross wind capacity.  I wasn’t too worried,  having trained in heavy crosswinds through my great instructor’s insistence.  Russell Donaldson is a legend and he made me land the unforgiving Maule MX7 in a 30 knot crosswind so I was sure it would be fine.

That was until we were steady on short final,  when ATC advised me that the wind had begun to gust at 33 knots.  Leaping from 21 to 33 knots as a virtual 90˙ crosswind is a completely different kettle of fish.   That leads directly to what’s known as wind shear.  I considered aborting,  but then decided that my setup on the final was steady and I was in a good frame of mind that we’d go ahead.  However I decided should we have to do a go-around,  I’d fly to Pilansberg and wait there for the winds to die down.  Pilansberg would see that wind coming a lot straighter down the runway. 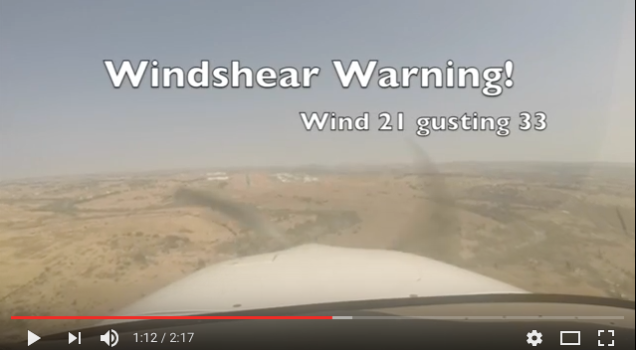 Ahead a Cessna 172 had bounced on landing and was warning about the extreme wind effect.  That made me a little more nervous.  Then we hit the wind shear which shifted the plane both down 50 feet and around 50 feet off the centre line.  But I was ready and pulled the plane back into line with the rudders,  aileron hard down into the wind, crabbing and we were over the threshold.  I held off as long as possible, then she was down.

We drifted a little to the right as I hadn’t straightened the rudders enough,  but not by much.  A good landing that could have gone extremely badly.  My son was calm throughout and said he was happy to be on the ground.  The SR22 is not to be trifled with,  heavier engine, faster, more right rudder.

We took off two days later in calm conditions and completed the video and photoshoot.  All safe.  All good.