It’s been two weeks since a classic twin engined Convair crashed near Wonderboom in Pretoria. Dramatic footage filmed from a smartphone inside the rapidly descending Convair 340 registration ZS-BRV has emerged as one of the passengers kept his phone rolling while the plane came down near Wonderboom Airport.

This is not for the faint hearted.

But its also incredible to hear the passenger, who could be one of the two engineers or other builders on board, talking normally as the aircraft lost altitude as it’s left engine spewed flames and smoke.

His calm manner is extraordinary.

While the CAA begins its investigation, we can surmise a few things.

This aircraft had an interesting history.  It was registered first as a  Convair C-131D-CO Samaritan, which was the military version of a 340. While the CAA crash investigators apply their minds, we live in a free country and I’m applying mine.

Initial reports (which are unverified but fit the general evidence) indicate that a fuel line fractured on the left engine carburettor during the take off ground roll. Fire then burned through the oil lines, that led to a loss of pressure which meant the propellor couldn’t be feathered.

That’s a lot of aviation speak. When an engine fails, the propellor needs to be feathered to reduce the drag.  Think of it allowing the car wheel to continue spinning freely after the engine failing, instead of the wheel being locked or moving a lot slower than the others. What is actually going on is the blades of the propellor can be rotated parallel to the airflow to reduce drag in case of an engine failure.

This also reduces what is known as “adverse yaw” where the plane is pulled towards the dead engine.

There is an old saying in aviation – why does an aeroplane have two engines? So that when there is an engine failure, the working engine can take you to the location of the accident.

At Wonderboom, the Australian pilot then turned right downwind to avoid landing on the nearby built up area, in other words, they banked the plane towards the live engine. That is the correct technique, the incorrect is to bank against the dead engine.

They were trying to turn back to the runway, but on the base leg, lost too much height and plunged into a warehouse. The plane then broke apart after landing straight ahead, which definitely led to the saving of lives.  At least 18 passengers walked out of the fuselage, almost unheard of in a crash like this.

While the two pilots survived the crash,  the flight engineer who was sitting in the middle or jump seat, was thrown through the windscreen and killed.

Qantas issued a statement saying A380 captains Douglas Haywood and Ross Kelly who is retired were critically injured.

“The pair boast more than 37,000 hours’ flying experience between them and more than 30 years’ service with Qantas,” the airline said in a statement.

“This news has shocked the Qantas pilot community and everyone’s thoughts are with the families. We’ve reached out and are providing whatever support we can.”

But one of the pilots has subsequently died, bringing the death toll in this unusual accident to two.

In Puerto Rico, another Convair CV-340/440-38 accident has thrown into sharp relief the challenges the plane experienced when flying with one engine operative.

The Convair in question crashed in a lagoon after suffering an engine failure which followed a fire. The airline, FreshAir inc, was criticised by Safety Board officials afterwards for lax maintenance and safety standards. 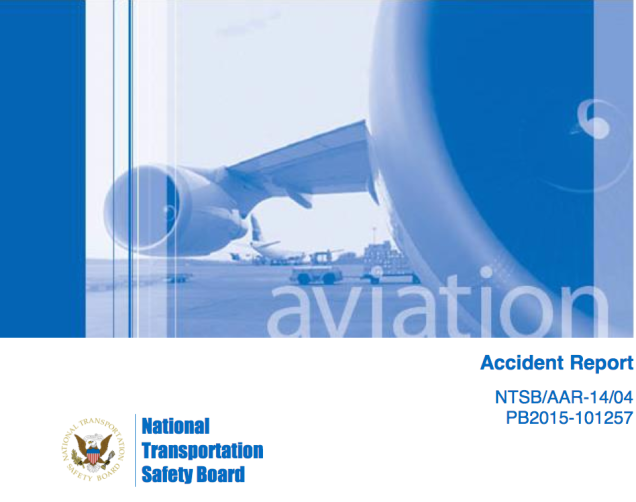 That is unlikely to be the case in the Wonderboom accident, but we still await the findings there.

In the Caribbean example, the 1953 Convair CV-340 was powered by two Pratt & Whitney supercharged 18 cylinder radial engines which included full feathering props, fire detection warnings, and a fire extinguishing system for both engines.

It was being used for hauling freight in the Caribbean but pilots began to report issues. Firstly, the plane was underpowered and when empty, and experiencing an engine out, would only climb at 500 feet per minute.

They also warned that at sea level when fully loaded – the plane actually would not climb at all but only managed level flight.

In March 2012 the airplane took off from Luis Munoz Marin International Airport near San Juan in Puerto Rico after the pilots had filed a VFR or visual flight plan for the island of St.Maarten.

Minutes after takeoff, the First office told the tower they were declaring an emergency and requested to turn back to San Juan. As the pilots grappled with the plane, it appeared to lose height short of the runway and crashed into Laguna La Torrecilla.

The plane had been loaded with 12,100 pounds of wheat and bread products. The plane was then estimated to weigh around 47,710 pounds. If so, that by itself would have doomed the aircraft as its maximum allowable takeoff weight was only 40,900 pounds.

They had conducted a double engine test prior to takeoff, not unusual for an old plane. I had the glory of flying a remarkble warbird, a Focke-Wulf FWP. 149D from Rand airport to Lanseria one day, and we doubled up on all the checks because of the aircrafts’ age, and the fact that it had not been flown for six months.

The pilot in command of the FreshAir Convair CV-440 in San Juan had flown more than 9 000 hours in the Convair CV-340.

It its findings the National Transportation Safety Board said that based on the captain’s history of antidetonation injection (ADI) and autofeather nonuse and the postaccident position of the autofeather switch, the flight crew likely did not use the ADI and autofeather systems during the takeoff and as a result, the accident airplane exceeded the maximum allowable takeoff weight of 40,900 lbs.

Returning to the accident on June 10th 2018 the Convair 340 ZS-BRV had not flown much over the last nine years.
It had been moved a few times between Lanseria and Wonderboom where it had been stored.
There is a propensity for older piston engines to become US or unusable suddenly and unpredictably when they are stored for long periods, then fired up and run at full tilt.
The investigation continues.