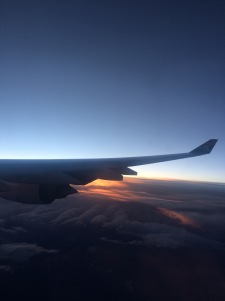 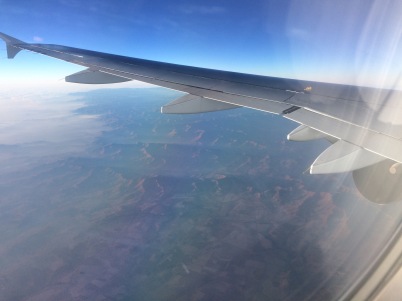 It’s taken thirty years, but finally African nations have agreed to form a single aviation market as the sector grows.

The  African Union launched the Single African Air Transport Market at the weekend on the sidelines of the AU Summit in Ethiopia. It’s apt they signed there because the North East African country has now become one of the most important aviation hubs on the continent. The small print is important, only 23 of the 55 member states signed the deal, you’ll see the list below. But fewer than 50% wanted in at this point for various reasons.

The idea of a single market region is not new. For example there’s the European Common Aviation Area which allows aircraft to fly between member states without too much bureaucracy fouling the business.

There’s been a bit of pessimism about Aviation in Africa which is crammed full of government-owned airlines and not much business. South African Airlines is one such beast which is what is known as a “State owned Entity” or SoE. These are public entities which are supposed to operate inside a competitive environment.

My nearest and dearest had occasion to fly to Sierra Leone recently and had to head there via Nairobi. A trip of less than 8 hours turned into a trip that took 24. This is no way to stimulate trade on the continent with its dilapidated infrastructure and vast distances. But that’s not as bizarre as the trip between Freetown in Sierra Leone and Gambian capital Banjul. That’s only an hour journey but because of the odious aviation links, can take three days if you decide to only use African aviation.

Of course you could take a quicker route, via Belgium. Which makes little sense really.

The launch PR document from the AU says hundreds of thousands of new jobs will be created and that is highly likely if this idea is properly managed. Take a close look at your nearest map of Africa and start thinking about goods and people moving around the continent. We have 15% of the world’s population but less than 2% of the aviation business.  Airlines from 23 countries would now be entitled to conduct their business into other nations markets and operate with full rights provided under the terms of the Yamoussoukro Decision.

These are the countries:

Talk is cheap so let’s see the expensive bit and how will this actually work in practice. Here are a few salient thoughts. Ethiopian Airlines is probably the most effective on the continent right now and has converted Bole Airport in Addis Ababa into an important aviation hub.

Kenya Airways operating out of its base at Jomo Kenyatta Airport in Nairobi has also set itself up as a entrepot for those traveling East to West. Then there’s OR Tambo in Johannesburg which has the mighty SAA flying to many African countries. I say mighty only because of its legacy, as at the moment, the national airline is in deep financial trouble and has received numerous financial bail-outs from government. This is a problem and may surface in upcoming business deals as the Aviation Market concept gains pace.

Combine that with general growth figures and things look ever worse for our friends at SAA. South Africa saw GDP growth slump to 0.5% and virtually flatlining, while in Ethiopia its topped 7.5%. Kenya is growing at around 5.8%.

In the north of Africa, Algiers, Tunis and even Casablanca are major air routes now with their vicinity to Europe and the middle East to their advantage.

The Air Transport Action Group reports that the sector totals roughly 6.8 million jobs and earned more than $72.5bn in 2014.  In research published in November 2017, a Singapore think tank reported things are looking rosy for aviation in Africa.

“At the moment, the passenger traffic is mainly from 10 African countries, representing a population of about 600 million. If there is a 1% traffic increase from the other half of the African population, there will be an increase of about six to seven million passengers every year. Besides, with the rising middle class in Africa, there will be higher demand for travel. As a result, the increasing passenger traffic will easily justify the heavy investments needed in airlines and airport infrastructure.”

Well the proof is in the jello. But I’m happy to be aviating in Africa and being close to the ground in the business here.